– The legal actions of ACOM have managed to reverse this discriminatory agreement that infringed seriously upon civil rights and constitutional principles.

– The BDS movement uses subterfuges and gifts to approve initiatives of hatred with this type of statements of a supposed support for the Palestinian people. The informative effort of ACOM exposes their illegality.

On 21 August, and thanks to the vote of the PP (Conservative Party) and PSOE (Socialist Party), the City Hall of Villarrobledo (Albacete) removed the motion presented by the councillor of Podemos (Radical left) Mario de la Ossa, a member of the discriminatory and anti-Semite BDS movement (Boycott, Divestment and Sanctions), approved in April. The reason for the removal is the legal suit presented by ACOM for incitement of hatred and discrimination.

Faced with this clear political defeat of the BDS movement the Deputy Mayor of Villarrobledo, Trinidad Moyano (PSOE), explained in a public statement that the Local Authority could not insist on an illegal motion that no court has supported.

It would be convenient to remember that the councillor of the extreme left party boasted about the inclusion of discriminatory clauses.

This clear setback for those who try to promote from the Spanish public institutions a platform of hatred towards the only democracy in the Middle East and towards the Jewish people would not have occurred without the clear, firm and conclusive position of ACOM, whose legal actions against this type of initiatives have prospered already in dozens of city halls around Spain. ACOM will continue with its work of unmasking the anti-Semites and of resorting to the rule of law to leave without effect their discriminatory initiatives in any instance that is necessary.

Also, in the cases in which the authorities refuse to leave without effect such resolutions voluntarily ACOM will resort to the Spanish courts of justice to annul them and will take those who have voted to implement them to court for perversion of justice.

Ángel Mas, President of ACOM, points out that «we will continue to stop the BDS extreme movement from infiltrating the institutions of all the Spanish citizens and from breaking the democratic, pluralistic and open nature of our institutions. The excluding measures against the Jewish minority supported by parties like Podemos violate the common framework of coexistence and promote the discrimination based on ethnic or national origin». 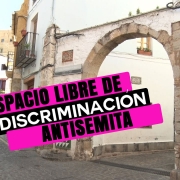 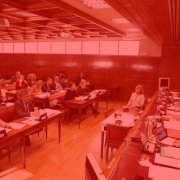 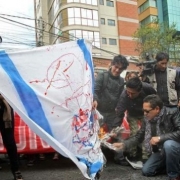 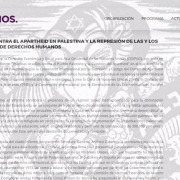 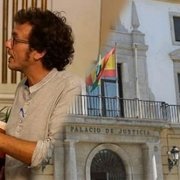