On January 13, 2016, Town Hall of Sant Quirze de Vallès, a residential town of 19,549 inhabitants near Barcelona, passed a proposal, in a plenary session, for a BDS campaign. Sant Quirze is run by “Junts per Sant Quirze” (“Together for Sant Quirze”); ERC (Esquerra Republicana de Catalunya, «Catalan Republican Left») ) is the main party. This party presented the motion, together with the Iniciativa per Catalunya («Initiative for Catalonia»), with the backing of PSC (Partido Socialista de Catalunya, «Catalan Socialist Party») and Ciutadans («Citizens»).

Town Hall’s agreement included a pledge not to sign any contract or agreement with any Israeli institution, business or organization until Israel recognizes the right of the Palestinian people to self-determination and complies with International Law. As well, any institution, business and organization in the rest of the world maintaining commercial relations with Israel would be considered as cooperating with or benefiting from a presumed violation of International Law, or of Human Rights in the Palestinian Territories, and would be affected by the boycott.
The boycott declaration specifically targeted the Israeli multinational companies Elbit Systems and Eden Springs, as well as the North American Hewlett-Packard and Caterpillar, and the British G4S.
Curiously, the statement completely ignored any abuse of Human Rights in other Middle Eastern countries, while insisting that technical procedures of public contracts must be adjusted to exclude the above-named businesses from any sales of goods and service contracts.
City Hall received a seal designating the town “Israel Apartheid-free Space”, to be featured on the town’s web page and in municipal publications. The municipal Council agreed to encourage cooperation with the BDS movement in order to guarantee adequate application of the decision. As is customary, certificates confirming the boycott decision were sent to the Government, Congress, the European Parliament, and, in Madrid, to the Israeli Embassy and the Palestinian Diplomatic Mission.
On June 1, 2016, Court No. Four of Barcelona had issued a cautionary statement ordering City Hall to abstain from adopting the boycott, as it had already identified a possible infraction of the principle of equality before the Law and violations of the right to not be discriminated against for any reason, and a possible disruption of the right of resident foreigners to the same public liberties in Spain as Spanish nationals. This notice also pointed out the existence of discrimination in public contracts.
One year after the boycott decision was passed by Town Hall, on January 13, 2017, Court No. Four of Barcelona sent out a notice that the anti-Israel boycott was annulled. The Tribunal considered it to be discriminatory and in violation of the principle of equality before the Law, that a Town Hall would commit to abstain from making agreements or signing contracts with Israeli businesses only because of their national origin. The notice also specified that the municipal decision to abstain from relations with businesses and institutions which had supposedly cooperated with, participated in or economically benefited from a so-called violation of International Law and Human Rights in the occupied Palestinian territories or the Golan Heights, implied a clear infraction of constitutional principles, which prohibit discrimination, and which uphold equality in the eyes of the Law.
Sant Quirze is the tenth City Hall obliged to cancel a boycott decision as a result of legal action undertaken by ACOM. One should add to these cancellations another seven judicial suspensions of similar discriminatory motions.
The obvious discriminatory nature of the BDS is once again revealed. The movement’s proposals, based on assumptions and falsehoods, propel entities to commit blatantly illegal actions which clearly contradict the Constitution and weaken our fundamental liberties. 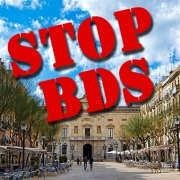 Tarragona, Catalan provincial capital in Spain, the last one to reject approving a BDS declaration 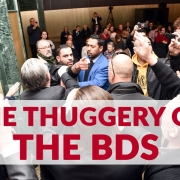 STATEMENT: as a result of the coercion and violent intimidation carried out by a group of anti-Semite extremists in a public conference in Madrid 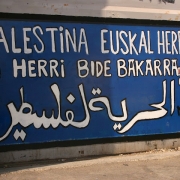 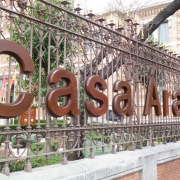 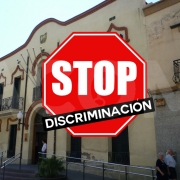 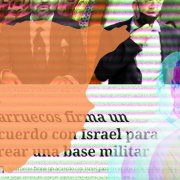