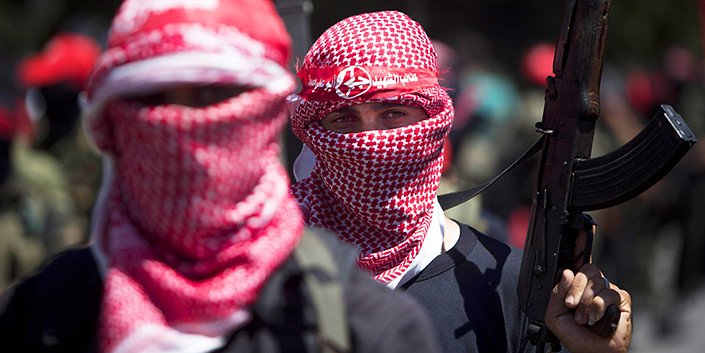 On 25 July the pro-independence party BNG promoted and gave public coverage to the “Popular Front for the Liberation of Palestine” group, considered as a terrorist organization by the European Union.

The events took place in a public meeting of the political party in Santiago de Compostela, which was attended, among others, by representatives of the Catalonian separatism (Oriol Junqueras of ERC, one of the main promoters of the Catalonian separatist coup in 2017), diplomatic delegates of the Venezuelan dictatorship, and members of BILDU and PNV (Basque pro-independence parties).

ACOM will denounce in the Provincial Public Prosecutor’s Office in La Coruña, as the events took place in Santiago de Compostela, the circumstance that the political party gave coverage and justification by the presence in a public event of an organization declared as terrorist in Europe, to see if these events could be an illegal act, specifically for glorifying terrorism, incitement to hatred, or any other that could result from the investigation of the public prosecution.

It is absolutely deplorable that a political party with institutional representation, a partner of the President of Spain, Pedro Sánchez, contributes to the justification of genocidal and Jew-hating violence that the State of Israel has had to face since the beginning of its existence.

The PFLP has been considered as a terrorist group by the European Union for years; a decision that was reiterated a few months ago in the Decision (PESC) 2021/142 of the European Council of 5 February 2021 (see PDF), in whose appendix appears the PFLP in the list of terrorist groups with the number 18. The list has been updated a few days ago by the Implementing Regulation (EU) 2021/1188 of 19 July 2021, in whose list of terrorist groups still appears the PFLP with said number.

ACOM – Action and Communication on the Middle East, as a civil organization of reference in Spain of friendship with Israel, will continue to fight insistently against those who, with terrorism, boycotts, or lies, put a target on Jews and their State, a friendly democracy with very strong bonds with our country. The Jew-hating vocation of those who try to make the State of Israel disappear will find a firm answer in our trust in the Spanish Constitution and the legal initiative of the Courts of Justice that protect our democracy.