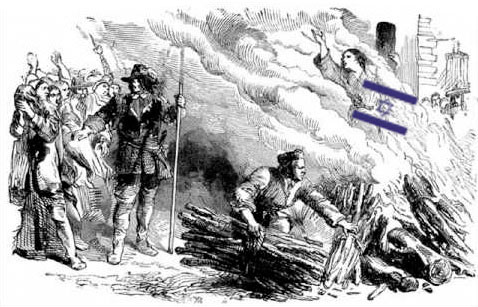 Between 9 September and 7 October the Public University of Navarra, the second biggest university in the Region of Navarra, will give a course on political propaganda (1) masked as an another alternative in the cycle of summer courses of the university. The event is organised by the university itself and coordinated by the radical organization Sodepaz, linked with the extreme left, Batasuna, and close to the terrorist group PFLP (2).

The title of the course, “Apartheid in Palestine and the criminalisation of solidarity”, reveals its biased and evidently propagandistic nature. The programme is just a part of an intense campaign that, following the anti-Semite narrative in universities, intends to falsify facts, hide data, and justify terrorist and Jew-hating violence that the legitimate state of Israel has had to face since it came into existence. It goes without saying that however much they try to give this political campaign an academic or intellectual justification it does not turn it into an academic or teaching event.

It is despicable to give a public voice and money to an extremist discourse, the BDS-ELAI, prohibited in many countries around the world for its irrefutable anti-Semitism, and which in our country is being cornered by the courts for its clear unconstitutional nature as it promotes spaces of discriminatory segregation, where Jews and their state, and all who sympathise with them, do not fit; for example, the city of Pamplona itself, where the university is located, where the City Hall received a legal blow (3) a few months ago when the boycott against Israel was declared illegal.

It is especially shameful that the course is organised by Sodepaz (4), an organization linked with extremist movements and that is financed by using public money. Its leaders have not doubted previously to shamelessly spread anti-Semite libels (5). And not less worrying is the choice of speakers: a wide and complete group of anti-Israeli fanatics. A sort of “freaks” more at home in an environment of nostalgics of Nazism than in a university; like the Spanish Isaías Barreñada, an activist devoted to the conspiracy theory (6) of the Jews against the world, Lidón Soriano, a firm defender of terrorism (7) against Israel, or Alys Samson, who is European Coordinator of the BDS, accompanied by the philo-terrorist Ana Sánchez (8), both coming form the Novact network, also known for its agitprop in defence of terrorists (9) and in the fight against constitutional guarantees in Spain (10). The panel of international speakers is also disheartening: Michael Lynk, known for having been rectified by the UN for his defence of aggressive anti-Semites (11), or the founder of BDS, Omar Barghoutti, who unabashedly fights for the disappearance of Israel (12).

From ACOM we urge the Public University of Navarra to cancel the course and to take preventive measures to not make similar mistakes in the future. An academic institution cannot support more hatred, glorify more violence, and demonize the Jewish people in their national home, thus continuing the most rancid hatred of anti-Semitism.