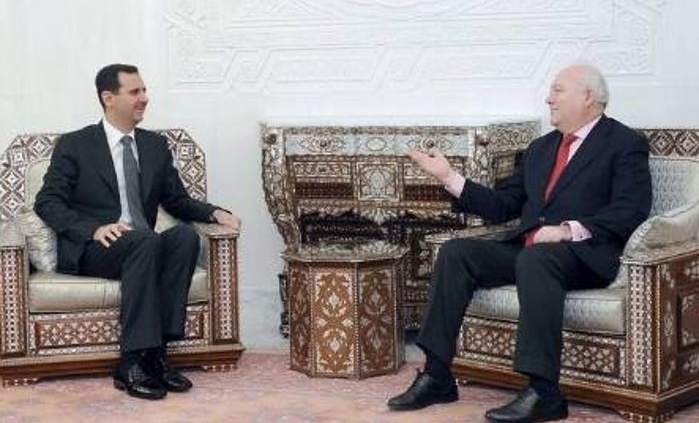 On 30 July the news of the supposed appointment of Miguel Ángel Moratinos as the person responsible for the fight against anti-Semitism in the United Nations immediately produced reactions of astonishment and rejection. Among them, the reaction of ACOM, as a reference organization in Spain in the fight against anti-Semitism, and thus, fully aware of the profile openly hostile against Israel, the Jewish State, of the supposed person in charge of the mission.

Based on the repeated statements of Moratinos assigning that role to himself, what at first looked like a simple misunderstanding among news agencies and the media that informed of the appointment appears now as information filtered by the protagonist in his own interest, seeking to reach said post by way of a fait accompli.

Moratinos publicly attributes to himself functions and competencies of the UN that are not his, even if he is High Representative for the Alliance of Civilizations in the United Nations. From said agency, absolutely marginal in the structure of the United Nations, he cannot take on the responsibility in the fight against anti-Semitism on behalf of the UN.

But fundamentally we have to raise our voice and insist on the evidence that Moratinos is appointing himself a post for which he is absolutely incapacitated for his bias and career.

In a historic moment in which the resurgence of anti-Semitism worldwide (especially the one that criminalises, dehumanises, and demonises the collective Jew represented by Israel, and delegitimises the mere existence of the safe home for Jews around the world represented by their state) we need the combined effort of all the institutions globally and the creation by the UN of a specific commissioner in the fight against this ancient hatred.

That is not what we are debating. We denounce that Moratinos is a completely unacceptable candidate for that responsibility: the fox in charge of the henhouse. Only a person with a career of commitment with the victims of anti-Semitism and credibility with the organizations that fight it should aspire to this important role of leading this responsibility.

We demand that the Secretary General of the United Nations, Antonio Guterres, put an end to this coarse attempt of Moratinos to self-appoint himself against the interests of the victims of anti-Semitism and we ask the reference international organizations to join this initiative.