In these worrying days in Spain, ACOM, the organization of public diplomacy of reference in favour of Israel in our country, has spoken out firmly, as could not be otherwise, in favour of our constitutional democracy. In these last weeks we have supported our police forces in their exemplary mission and we have applauded the Jewish Community of Madrid, first, and the Federation of Jewish Communities of Spain, afterwards, in their vigorous defence of the Rule of Law and of our institutions and for their support to our police forces.

Also, we have been denouncing the patent anti-Israeli nature of the fanatical Catalonian nationalism, which led to anti-Semite boycotts in City Councils such as those of Barcelona, Barberà del Vallès, Sant Adrià del Besòs, Terrasa, El Prat and many more. Cities where millions of people have been subjected to the Jew-hating plans of their leaders.

ACOM has been attacked frequently on the social networks precisely for its shared loyalty to constitutional Spain and to the Jewish State. But we have gone further: we have denounced publicly the link between the secessionist groups and Jihadist Islamism, a link that we have denounced in all the international forums.

On the basis of this credibility, many friends ask us these days for our opinion about the position of the State of Israel regarding the conflict opened by the attempted coup d’état in Catalonia. To this end we share some considerations:

– Spain and Israel are two allied and friendly countries. This is why we Spanish Zionists can maintain a shared loyalty towards both States that is perfectly coherent and non-conflictive.

– The Government of Israel has maintained an exquisitely respectful position towards Spain and the Spanish citizens by considering this conflict a totally internal affair on which it has nothing to say.

– We know that the relations between both Governments continue to be extraordinarily fluid and cordial. The best proof of this is the planned State visit to Spain next week of the President of Israel, Reuven Rivlin. There are gestures more powerful than any declaration.

– It is also true that, in their attempt to look for foreign allies and in order to internationalise the conflict, the separatist Catalonian Administrations have approached Israel constantly. The result until now has been ZERO SUPPORT, ZERO LEGITIMISATION.

– Despite not having any evidence of it, groups who say they support Israel from separatist positions and persons close to the dismissed secessionist Government have spread the unfounded rumour of a supposed affinity of Israel to their cause, which would include the economic support of the new Republic, counselling in matters of security and intelligence and even the supply of the ballot boxes for their grotesque illegal referendum. Some media, mainly marginal, have echoed these intoxications, occasionally creating bewilderment among the friends of Israel in our entire nation.

– Given their obsession for daydreaming, rumours, manipulation and the wildest fake news, to give the slightest credit to stories promoted by the separatist agitators is only to play their game. Then why has Benjamin Netanyahu’s cabinet not made a more explicit declaration of support for Spain?

In ACOM we cannot interpret the motives of the Government of Israel, and we hope that clear, conclusive support occurs. But apart from providing data against rumours (official declarations, visit of President Rivlin), we would also like to give some ideas:

– The Israeli political class, which live in a generally chaotic atmosphere and which normally give extremely divergent opinions, have maintained with very few exceptions an extraordinary moderation in the Catalonian affair (much more than many of our closer allies). Modestly, we hope that the informative and educational work of ACOM has helped this.

– The Israeli media have offered coverage of the matter similar to that of any other country, and have moved from the sensationalism of images of police charges to the serenity of analysis. The vigorous response of the Spanish constitutionalist Jews, offering in Israeli media a version that was ignored at first, has been very important.

– Israeli public opinion is as uninformed about the internal affairs of Spain as the Spanish one is of the Israeli affairs. But that public opinion is not oblivious to the anti-Semite boycotts that continue being perpetrated in Spain, nor of the positions adopted by our Government in matters that, although they draw no attention here, in Israel they are considered essential.

– In circumstances in which the Spanish Government, and particularly our Ministry of Foreign Affairs and Cooperation, has had the opportunity to speak up as a friend and loyal ally of the State of Israel it has not been up to the challenge and has chosen the equidistance between the aggressor and the attacked party, between the legitimate State of Israel and the Palestinian agitators, with their load of intimidation, violence, and propaganda.

> Examples are the exaggerated protests against any building in disputed areas,

> the unfortunate statements when any anti-Israeli terrorist attack occurs,

> the voting against Israel in the UN Security Council presided by Spain,

> the successive votes at the Unesco denying the Jewish character of Jerusalem.

> One more: while the Spanish Government promotes the Law of Nationality for Sephardic Jews, a historic milestone, and our Parliament maintains an important and active Group of Friendship with Israel, Spanish public Administrations openly finance activities of harassment against the State of Israel, its companies, its citizens and all those of us who support them in Spain, and thousands of Spaniards live in towns and provinces where Israel is formally boycotted illegally… without the Public Prosecutor’s Office taking action.

The successive Governments of Spain have become accustomed to this extremely abnormal asymmetrical relationship, in which the permanent loyalty of Israel towards Spain is answered with gestures of varying friendship and acts of hostility, something mentioned recently in an article by the President of the Group of Friendship with Israel in Congress.

In this context, in which the Spanish diplomatic response to any violation of the Israeli territorial integrity has contained equidistant expressions and callings for “contention” and “proportionality” in the responses of the attacked party, any Spanish diplomatic demand for Israel to speak up more assertively in its defence of the integrity of Spain is unfortunately not very reasonable, and if it took place it would be another example of extreme generosity on behalf of Jerusalem (capital of Israel, which Spain also does not recognize, and stubbornly maintains its embassy in Tel Aviv).

But the friendship between Spain and Israel, the bond that unites us, is strong and lasting. We are united by values and interests, and those of us who keep a compatible loyalty to both States must continue to strengthen that bond.

In these times of changes we are living in our country, the respectful attitude of the Government of Israel deserves much more credit than it is given. We hope that the Spanish Government reflects on the behaviour of our diplomacy towards the Sate of Israel (a behaviour that would have been unthinkable on the part of the Jewish State in these days of unease and concern) and that next time it remembers the value of a gesture of solidarity, friendship and support for an ally in times of need. 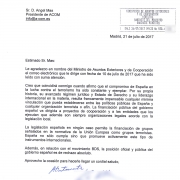 In Valencia’s regional parliament, political groups on the left do not dare vote for the region’s adhesion to the BDS movement or declare a boycott of Israel 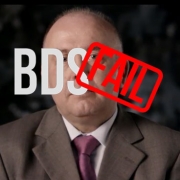 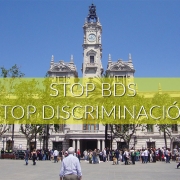 The city council of Valencia says no to BDS 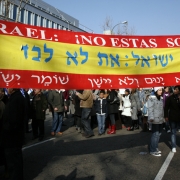 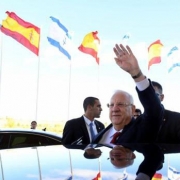