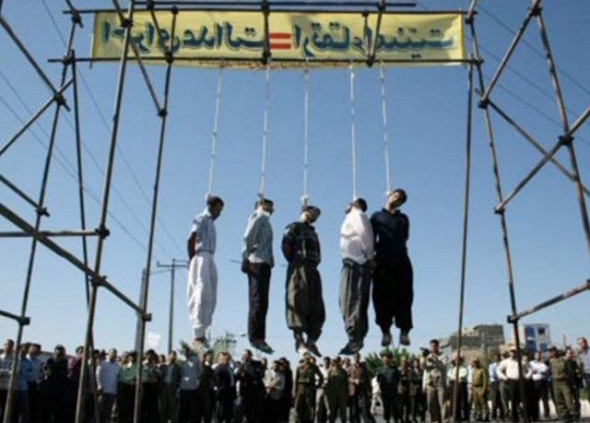 The ayatollahs regime pretends to destabilise a western democracy in the heart of Europe.

Spain is an odd country indeed. It is peculiar in the fact that the possibility of a coalition government is an unusual novelty or that –strikingly- one of the parties that could be a partner in that coalition, was formally accused of being financed by a foreign country. That country is no less than the Islamic Republic of Iran.

The spiteful character of the mullahs’ regime does not need a lengthy account: just think how opposition members, women or gays are treated by it. It should not be necessary to remind the reader that Iran’s regime   has financed international terrorism during decades. Let us not forget that in 1995 it organised and carried out the attack against AMIA in Argentina, killing 85 people and leaving more than 300 injured. The Iranian government has refused time and again to surrender the culprits, who still hold positions of relevance in it. Iran’s destabilising foreign ventures spread widely, in countries like Iraq, Yemen, Lebanon or Syria and includes recognised terrorist organisations like Hamas or Hezbollah.

That such a regime should be interested in exerting its (destabilising) influence in a Western democracy in the heart of Europe should not be a surprise. What is truly shocking –and reveals our peculiar character- is that the party that has benefited from the largesse of the Iranian regime does not find necessary to hide it from its electorate. In any established democracy any political party would run away from being linked to such a brutal theocracy.

Police investigations show that the method chosen for such illegal financing was not very sophisticated. The scheme consisted in overbilling for programs bought by Iranian TV and produced in Spain. The benefits accrued went to the leaders of the political party. It is perhaps enlightening about our nature that, given the known links between the party directorate and the TV channel and the money that the party was spending without known sources of revenue, no formal investigation of the party’s financing was conducted before. Strangely enough, the results of the investigation were only made public after the results of the national elections –in which the party did better than expected- were known. It is truly shocking to see that the facts revealed by the police inquiry have not translated into a political, social and media outrage that would send those leaders to political ostracism. Only in Spain can one expect such indifference.

To complete the picture of our idiosyncracy, the government reaction to the police investigation has been bashful: it has moderately criticised the political party that used the funding but has remained silent on Iran. It has made no attempt, for example, to convene the ayatollahs’ ambassador to Spain to require explanations about his government’s reasons and methods for subverting our constitutional democracy, unacceptably interfering in a country with which they have diplomatic relations. Given the Iranian regime’s denial of the Jewish Holocaust, the Spanish Government should have summoned their ambassador long ago, given that such defiance is considered a crime under Spanish law.

It is astonishing to read on the online press (no traditional newspaper reported on this) that the alleged perpetrator of this plot, the Iranian diplomat Elizadeh Azimi, accompanied the Spanish ministers García-Margallo, Soria and Pastor in their official trip to Teheran in September of last year, acting also as their translator. The government has not denied these press reports. We have to believe that the police and the secret service had by then alerted the Government and that either the ministers did not consider those links relevant or ignored the islamist interference in our political system for the sake of the business deals with Iran that could come out of their visit.

Mr Faidaifard, Iran’s ambassador to Spain, continues to amble along Madrid without having to give any explanations. Meanwhile, the Iranian political protégés present themselves as the new political force, capable of cleaning up the sewers of the traditional political parties.

Much as I dislike my fellow citizens’ referring to Spain as “lacking seriousness”, I must recognise that we often approach that condition.

Translated from Spanish by ACOM