I have been in shock since last Friday when I saw Emilio Butragueño, a good, prudent and serious man, in a photo shoot at the Santiago Bernabeu Stadium meeting with the young lady Ahed Tamimi.

With this image spreading like wildfire, millions of Real Madrid fans around the world are ashamed of the gesture, loaded with ignorance, that some will use to continue justifying the cause of hatred.

In recent months, Tamimi has become the new Leila Khaled of the Palestinian cause …

Leila Khaled, for those who do not know the history and current reality of the Middle East, was the rebellious but «cool» image of the Palestinian cause since the 1970s. This multiple hijacker of planes belonging to the bloodthirsty Popular Front for the Liberation of Palestine (a group responsible for countless killings of children and kidnappings) became an acceptable image of the way to wish for the annihilation of the State of Israel. Leila Khaled’s constant struggle, much like Tamimi’s, to delegitimize the only Jewish state and justify violence, is simply a more acceptable way for some to wave the hatred flag.

Welcoming Ahed Tamimi may seem like an innocent way for the world’s most prestigious football club to express its solidarity with a girl who has become the image of a cause.

But ignorance cannot serve as justification.

Tamimi is the third generation member of an Arab clan whose fame is born and enhanced by its cruel struggle against the State of Israel and its civilians.

Behind the young blonde mane, we find a young woman and a family who literally live on hatred. Her parents, uncles and cousins have committed all kinds of crimes against Israeli civilians. As if they were a corporation, the Tamimi have trained to become leaders in the Palestinian hate industry.

Tamimi is a young woman indoctrinated in the use of «Takiya» («deception» in Arabic) and has been systematically exposed by her mother since the age of seven, tape recorder in hand, to situations of confrontation with soldiers.

The mother did it then as she does it today. Using her daughter as a «soldier of the cause», as a human shield, with the sole aim of provoking a reaction … The mother’s attempted strategy has been unsuccessful, given the stoicism and high ethical standards that are part of the training of Israeli soldiers.

Tamimi was imprisoned for assaulting an Israeli soldier, for glorifying terrorism, and for calling for the murder of civilians.

In Spanish equivalent terms, Tamimi would be a member of the Palestinian Kale Borroka or the catalonian separatist RDCs.

Her agenda seeks provocation in any way, and is based on propaganda.

Ahed Tamimi has been shamelessly put on a pedestal these days by our media, as well as by many of our political institutions, as a young human rights legend.

Both the La Sexta TV station and the bulk of the written press, with El País at the forefront, have done everything possible to turn her into a heroine.

The radical political agenda of such militantly anti-Israeli figures as the Third Deputy Mayor of Madrid, Mauricio Valiente, oozes the most plebeian Antisemitism. Where are they all when other world conflicts are discussed in the press? Sudan, Iran, Syria, Afghanistan, Myanmar, Lebanon, Iraq, North Korea and a very long etcetera ….

What matters, of course, is the systematic criticism and delegitimization of the Jewish State.

During this whole process, all these «truth monopolizers”, selectively forgot many key aspects of Tamimi’s life and what this pseudo-heroine actually represents …

Heroine of what? Daughter, niece and sister of people with blood on their hands.

Heroine of hitting and slapping a soldier to try to provoke him.

Are these the types of biased and hateful messages that we Spaniards propose as a way of resolving the complex situation in the Middle East?

Receiving and glorifying Tamimi has become part of an operation to give a face lift to a real delinquent.

Honouring those who promote the killing of Israeli civilians is an offense to the Jewish State, to the Real Madrid fans in Israel, to Jews all over the world, and to any good person.

As a Real Madrid fan and a person who knows both Emilio Butragueño and Florentino Perez, I have no doubt that their desire was not to express their solidarity with violence.

Real Madrid needs to humbly take a step back, apologise, and seek out who is responsible internally for causing this fiasco.

The Club’s radio silence after the scandal broke out and became a trending topic on all social networks with wide international coverage, cries out for a response.

Real Madrid must make it clear that Tamimi and all those who think like her do not represent the values of Real Madrid. 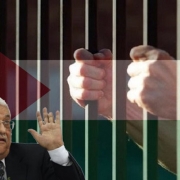 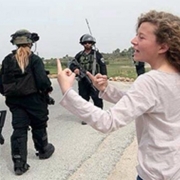 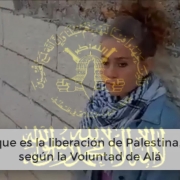