Spanish councillors that incite hatred and anti-Semitism, involved in a criminal lawsuit

ACOM ratifies the lawsuit against the 12 councillors that incite hatred in the City Council of Tavernes de la Valldigna.

It is the first time in Spain that councillors that incite hatred and anti-Semitism are involved in a criminal lawsuit.

The mayor, Jordi Juan i Huguet, from the political group Compromís, is one of the accused.

The association Action and Communication on the Middle East, ACOM, has ratified the lawsuit presented against the City Council of Tavernes de la Valldigna (18,000 inhabitants, close to Valencia) for adhering to the international campaign of Boycott, Divestment and Sanctions against Israel (BDS).

In this case the difference is that it is the first time in Spain that the decision of 12 councillors inciters of hatred and anti-Semitism could have penal consequences for each of them, including especially the mayor of Tavernes de la Valldigna.

The plenary session of the City Council decided in March 2016 to join the BDS-ELAI with the votes in favour of Compromís, PSPV and EU. With a text that not only promoted hatred, but also was clearly a promotion of discrimination not only against Israel but against any person, Spanish, Israeli or foreign, Jewish or not, who does not declare their adhesion to the political objectives of the BDS campaign.

It was then that ACOM presented an administrative appeal in September of that year against the City Council because of the boycott. After said appeal, the City Council accepted the demand of the association, understanding that the declaration was an infringement of the public liberties and decided to accept the appeal.

Also, it understood that the campaign made it responsible for promoting and inciting hatred.

However, in April 2017 the City Council reached a public agreement in which it joined again the BDS, becoming one of the more than 80 city councils and provincial councils that since July 2014 have joined the campaign of Spaces Free of Apartheid (ELAI), leaded in Spain by the Solidarity Network against the Occupation of Palestine (RESCOP).

In March 2018 the association, which leads the fight in the courts against this type of anti-Semite actions, decided to resort to the criminal law, presenting a lawsuit for prevarication and incitement of hatred against the reoffending councillors. The lawsuit was accepted by the courts in August 2018, who also agreed to carry out preliminary inquiries to investigate the commission of criminal acts, and in October it was admitted.

An important aspect regarding most of the cases of abuse that these individuals commit using the public institutions is that they are defended by the legal teams of the city councils, which are paid by the citizens. Also, as they normally deal with administrative appeals they are protected by the institution, so if they lose, they retract and go unpunished.

But not this time. The criminal case opened against the 12 councillors for insisting on a decision for which they had already received a final judgement is an undeniable case of prevarication because they cannot claim they did not know. This could result in serious punishment, such as disqualification for public office or even prison. 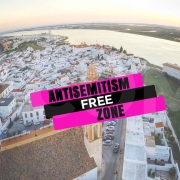 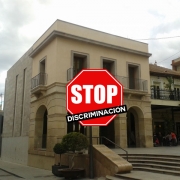 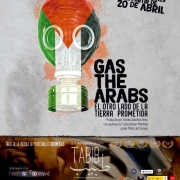