The boycott against Israel fails in Pamplona

The City Council of Pamplona joins in with the anti-Semite declarations of the Regional Parliament of Navarra that are coming from political groups of the Spanish radical left at all levels of public administration. In this case the City Council of Pamplona, governed by nationalists, positions itself institutionally with a text that incites hatred against Jews and in which it makes demands that affect the international relations of Spain, on which it has no competency whatsoever.

The declaration has been approved with the votes in favour of EH Bildu, Geroa Bai, Aranzadi and Izquierda Ezkerra, votes against of Unión del Pueblo Navarro and the abstention of the Socialist Party. The initial intention was to declare the boycott against Israel, but the warning of the legal consequences that would be faced by the councillors who voted in favour of said illegal declaration made the intentions of the BDS movement fail.

Following the usual practices of deceit and distortion of these radical groups the City Council has issued a text that intends to deceive its citizens. In the last institutional declaration that the Regional Parliament of Navarra tried to approve to this regard the intention of adhering to the BDS movement failed and was not included in the institutional declaration of the Regional Parliament approved on 21 May 2018.

Regarding the reference made by the City Council to a similar motion of the Regional Parliament of Navarra in 2016 its attempt to falsify and manipulate reality is evident and pathetic: the discrimination it invited citizens to adhere to individually not only was a complete and shameful failure, but also it was an incitement from the institutions to the citizens to an illegal discrimination, which portrayed the moral level of the government coalition in Pamplona and Navarra.

In its defence of the rule of law and its commitment to fighting against anti-Semite hatred ACOM is studying these declarations, present and past, that are discriminatory, insulting and exclusive against the Jewish State and if they are illegal it will initiate legal actions against the City Council and/or its councillors, as it will do against the Regional Parliament of Navarra and its parliamentarians. 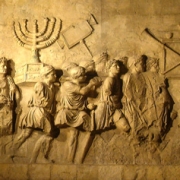 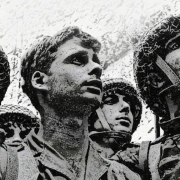 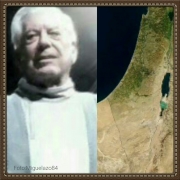 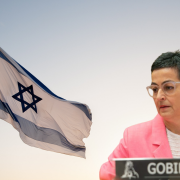